AR with 3D objects in Android

We will learn how to build 3D objects and deploy using the ARCore feature provided by Google.

Set up your development environment
1. Android Studio version 3.1 or higher with Android SDK Platform version 7.0 (API level 24) or higher
2. You can run AR apps on a supported device or in the Android Emulator
3. OpenGL ES 3.0 or higher required
4. Android Emulator 27.2.9 or later
5. Clone the google sample application from

Add AR dependency com.google.ar.sceneform:core:1.15.0 to use the predefined functions to manipulate the objects easily.

Android Manifest to declare AR Optional for the application:

Check whether ARCore is supported 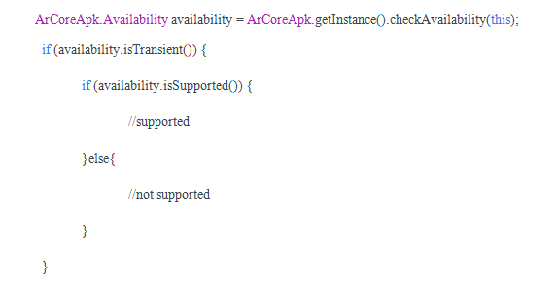 Check Google Play Services for AR is installed or not

App must call ArCoreApk.requestInstall() to check if Google Play Services is installed or not. 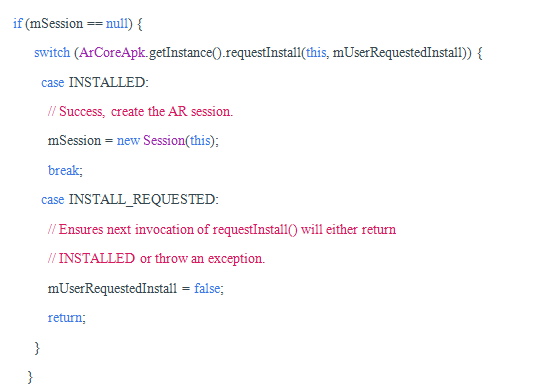 Build all the planet models.

Build a renderable from a 2D View.

ARCore's motion tracking technology uses the phone's camera to identify interesting points, called features, and tracks how those points move over time. With a combination of the movement of these points and readings from the phone's inertial sensors, ARCore determines both the position and orientation of the phone as it moves through space.

Set an update listener on the Scene that will hide the loading message once a Plane is detected.

ARCore looks for clusters of feature points that appear to lie on common horizontal or vertical surfaces, like tables or walls, and makes these surfaces available to your app as planes. ARCore can also determine each plane's boundary and make that information available to your app. You can use this information to place virtual objects resting on flat surfaces.

Place the solar system once detect the plane surface

Using ARCore Sceneform , a 3D framework that makes it easy for Java developers to build ARCore apps without OpenGL.

ARCore's understanding of the real world lets you place objects, annotations, or other information in a way that integrates seamlessly with the real world. You can place a napping kitten on the corner of your coffee table, or annotate a painting with biographical information about the artist. 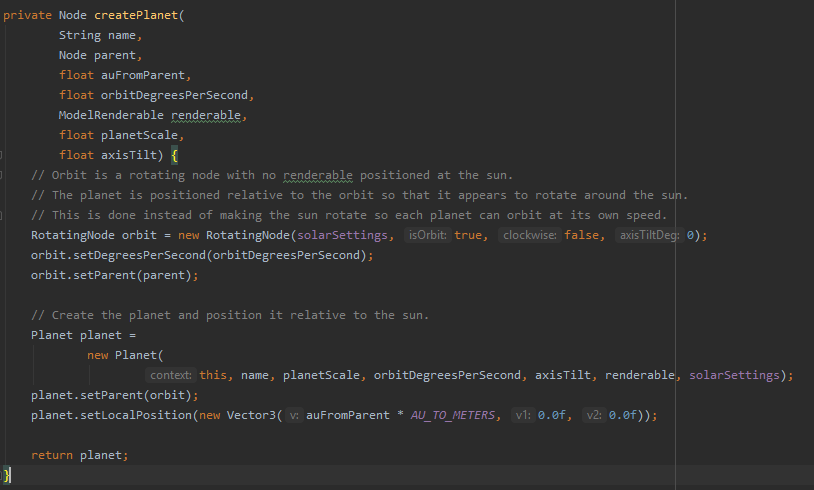 After this, the camera will detect the surface and place the solar system objects will be visible on the surface. You can Touch objects for information and zoom in or out according to your preference. You can also move the phone close to the object or move to any direction to see the planets in 3D in front of you.